When you book with an account, you will be able to track your payment status, track the confirmation and you can also rate the tour after you finished the tour.
Sign Up
4646

Langtang Valley Trek lies to the northern part of Kathmandu and offers a multitude of trekking destinations, all accessible without flights. The three major areas of this region are Langtang, Gosainkund and Helambu; which can be combined in different ways to make treks from 7 to 16 days long. Langtang is a narrow valley that lies just southern part of the Tibet border. It is sandwiched between the main Himalayan range of the northern and a slightly lower range of snowy to the peaks to the southern Langtang Lirung (7246m/23743ft) dominates the valley to the north, Gang Chhenpo (6388/20958ft) and Naya Khang-Ri(5846m/19180ft)  lies to the south and Dorje Lakpa (6966m/22854ft) protects the east end of the valley.

Thousands of Hindu pilgrims visits to the holy Gosaikunda Lakes (4300m/14108ft) during a full moon festival in August. The lake is also sacred of Buddhists and hindus. Helambu is about 75 km far from north of Kathmandu. This is an area inhabited by Sherpa, Tamang,Gurung surrounded by Helambu in a Langtang trek, either via Gosaikund or across Ganja La (5106m/16752ft).

Arrive in Kathmandu airport. Met by our representative and transferred to your hotel.
Overnight in Kathmandu.

Drive from Kathmandu in the morning for Syabrubesi, a village which is also the starting
point for treks into the Langtang valley. Our journey will be on a winding road through
frequent switch backs. On a clear day we get to enjoy outstanding views of Manaslu,
Annapurna and Ganesh Himal. Our trek for today ends with a descent into the small
village of Syabrubesi.
Overnight in Syabrubesi. Tea-House/Lodge. (B, L, D).

After breakfast, we begin our trek to Syabrubesi along the Langtang Khola. We ascend
and descend simultaneously through oak and rhododendron forests. After crossing a
bridge over the Langtang Khola (small river), we ascend on a steep trail which will lead
us to the Lama Hotel.
Overnight in Lama Hotel. Tea-House/Lodge. (B, L, D).

We continue ascending from Lama Hotel and enjoy the mountain landscape with
abundant waterfalls. As we reach the green meadows of Ghoda Tabela, we begin to see
the white peaks of the Langtang range. Our trail continues to climb up the widening
valley, passing a few temporary settlements used by herders. We pass a Buddhist
monastery before reaching the Langtang village which was affected by the April 2015
earthquake. We continue on our trail to Mundu. Overnight in Mundu. Tea-House/Lodge.
(B, L, D).

After breakfast, we will start our journey to Kyangjin Gompa, a principal monastery of the
region. We pass by water mills, prayer wheels, chortens, with sacred mounds of rocks
with inscriptions carved on them. We also pass by the largest mani wall in Nepal, made
from stone with prayers written on them. After the short trek, we spend the rest of the
afternoon exploring the Buddhist shrine in Kyangjin Gompa and surrounding areas with
the amazing views of the mountains.
Overnight in Kyangjin Gompa. Tea-House/Lodge. (B, L, D).

We spend the whole day exploring Tserko Ri which will also help us acclimatize to the
high altitude. We begin early in the morning. The trail passes through yak pastures before
ascending to Tserko Ri. The sunrise view from the top of Tserko Ri is extraordinary. We
get back to Kyangjin Gompa by late afternoon and explore the beautiful monastery while
enjoying views of the Himalayas, glaciers, birds and yaks.
Overnight in Kyangjin Gompa. Tea-House/Lodge. (B, L, D).

Begin the trek after breakfast and retrace our steps to Lama Hotel. Most of the trekking
today will be downhill as we pass through forests and beautiful Tamang villages. We also
get to enjoy different view of the Himalayas that we had missed climbing up.
Overnight in Lama Hotel. Tea-House/Lodge. (B, L, D).

Retrace our steps back to Syabrubesi. The trek will be easier as it will mostly involve
Descending. Overnight in Syabrubesi. Tea-House/Lodge. (B, L, D).

After breakfast, drive back to Kathmandu. A farewell dinner at typical Nepali restaurant.
Overnight in Kathmandu.

After breakfast transfer to airport for your homeward bound flight 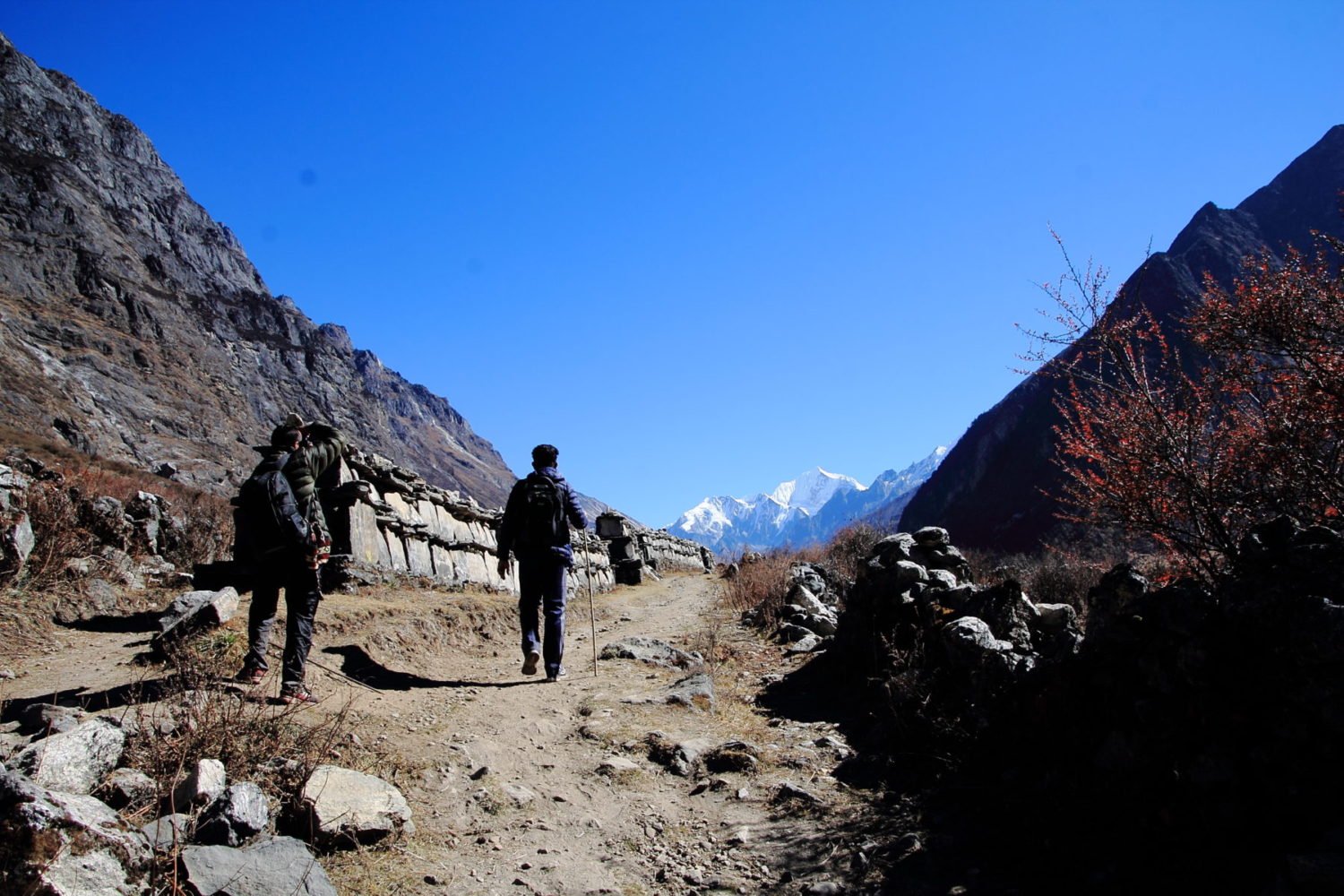 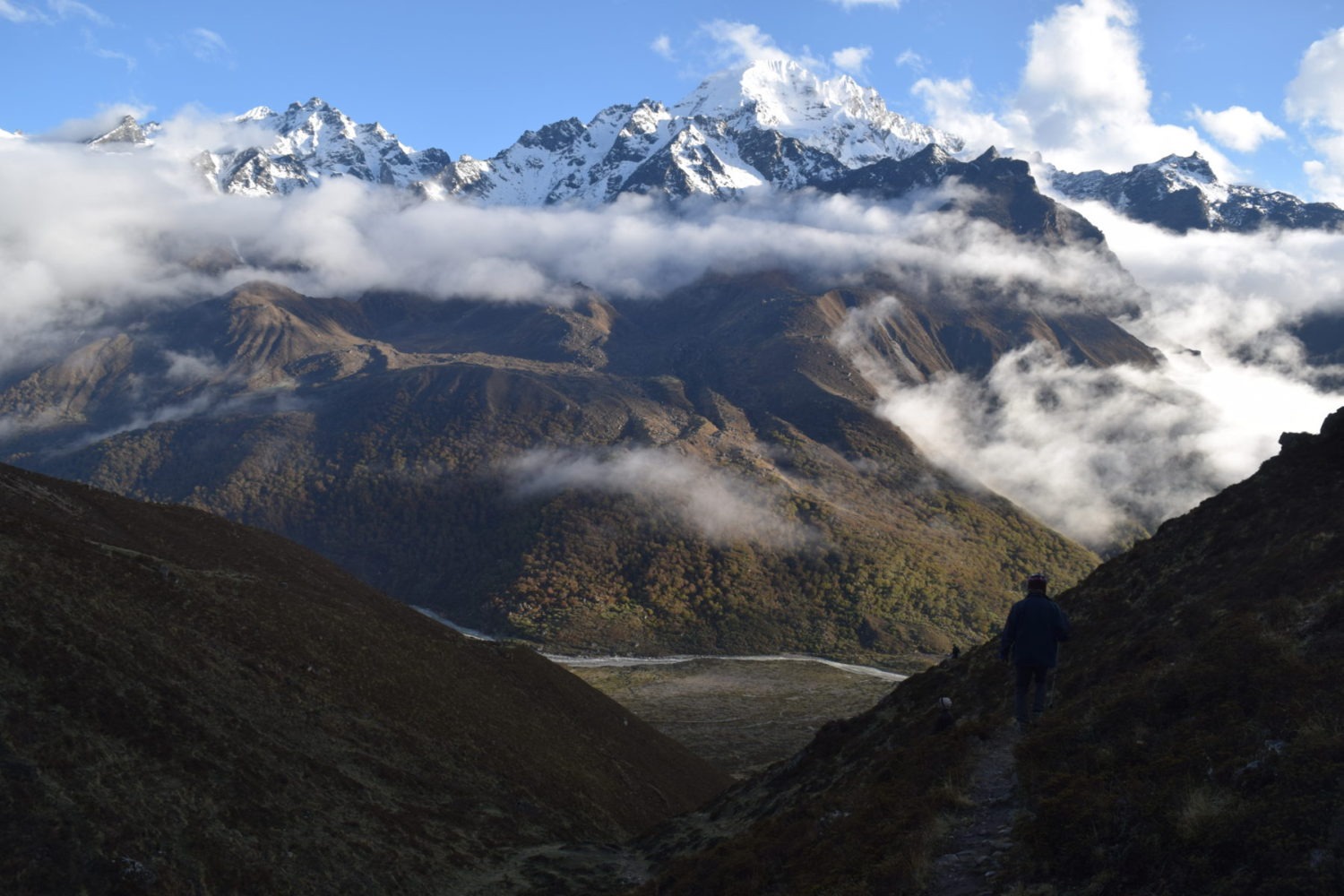 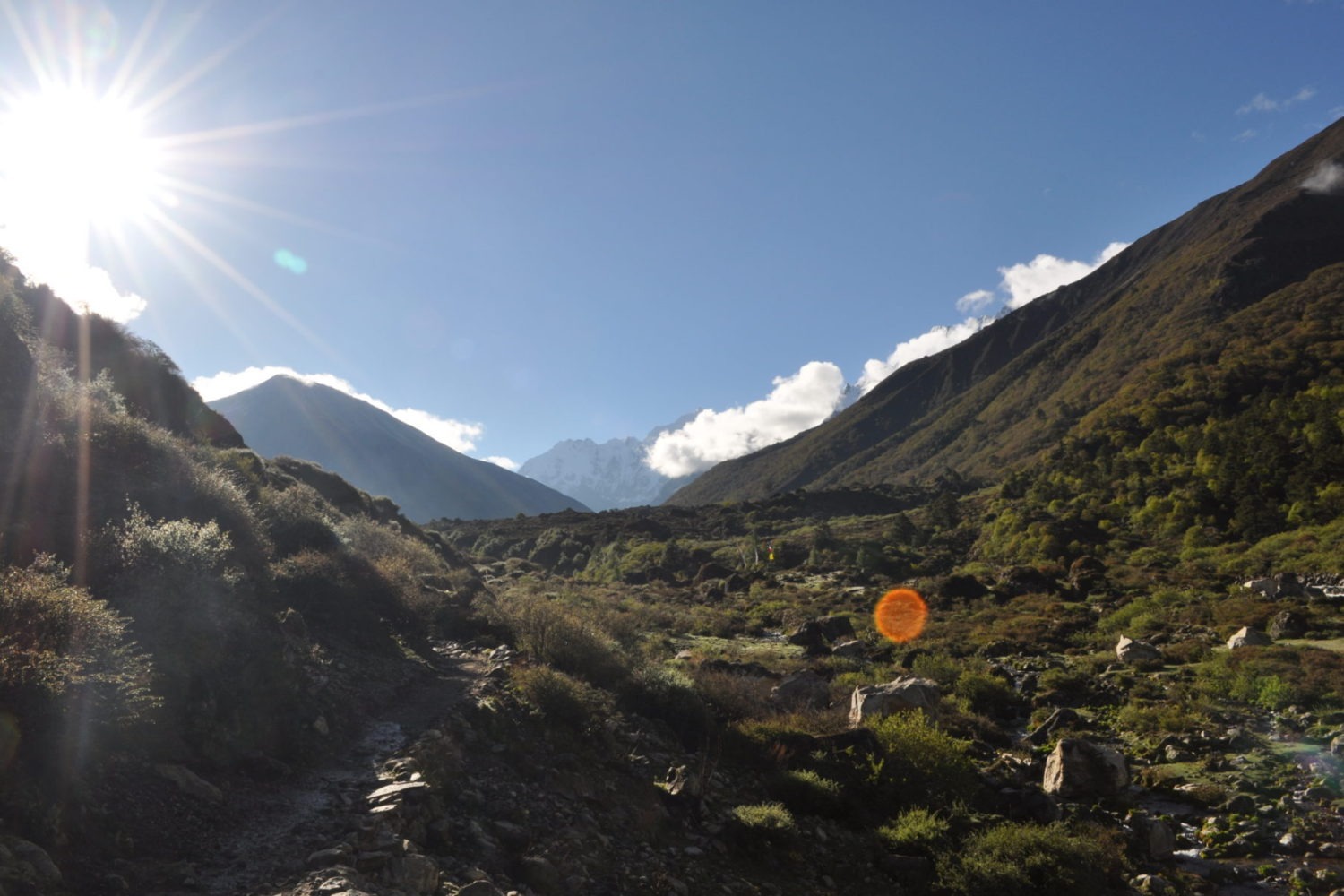