When you book with an account, you will be able to track your payment status, track the confirmation and you can also rate the tour after you finished the tour.
Sign Up
1831

The Gokyo five  Lakes Trekking is the second most popular trekking area of Everest region. It would probably be the most popular destination, but it is difficult to get to Solu Khumbu than to the Annapurna. To get Everest, you must either walk for a week or Fly to Lukla, a remote mountain airstrip where flights are notoriously unreliable.

Solukhumbu justifiably famous, not only for its proximity to the world‘s highest mountain (8848m) but also for its Sherpa villages and monasteries. The nominal goal of an Everest trek is the Everest Base Camp at an elevation of about 5340m. You cannot see Everest from the base camp, so most trekking groups only climb Kalapatthar, where a dramatic view of Everest is accessible. While the trek to fewer ambitions destination such and Namche Bazaar, the administrative headquarters of the Khumbu region, Khumjung or Thame, which are more typical Sherpa villages or Tengboche monastery, from Tengboche you will vibe an excellent view of Everest and its more spectacular neighbor Ama Dablam (6856m).

Arrive in Kathmandu airport. Met by our representative and transferred to your hotel.
Overnight in Kathmandu.

We will take for Lukla on an early morning flight. It will be an adventurous ride as the
Tenzing/Hillary airport is a steep airstrip that is actually hanging off the side of a
mountain. After reaching Lukla, we meet the rest of our trekking staff and begin trekking
to Phakding. Overnight in Phakding. Lodge/Tea-House. (B, L, D)

We moves forward alongside the Dudh Koshi River. During the trek we cross several
suspension bridges and pass several villages, monasteries and chortens. We can enjoy a
good view of Mt. Thamserku from Benkar village. Our trekking permits will be checked at
Monjo as we enter the Sagarmatha National Park. A descent and a gradual walk bring us
to Jorsale, the last village until Namche Bazaar. The walk is enjoyable through a river bed
and we reach the Hillary Suspension Bridge. As we climb up towards Namche Bazaar,
the magnificent sights of Kwangde Peak, Kusum peak, Kangaru peak, Mt. Everest,
Lhotse, Tawache, and many other fabulous mountains.
Overnight in Namche Bazaar. Lodge/Tea-House. (B, L, D)

Acclimatization is important for us to adjust to the gradual change in environment. It will
also help us to prevent catching Acute Mountain Sickness (AMS). Today we hike to
Khumjung villages, enjoy the Himalayan vista from Syangboche or tour the quaint streets
of Namche Bazaar. We can also visit the Tourist Visitor Center where we can see a
variety of things related to the first Everest ascenders and Sherpa culture. This visit will
also get us acquainted with various plant and animal life of the Everest region. In
Khumjung we can even visit a monastery that houses a yeti scalp! We also climb up to
the airstrip above Syangboche and enjoy incredible views of Kongde, Thamserku and
Khumbila mountains. Then back to Namche Bazaar to spend the night. Lodge/Tea-
House. (B, L, D)

We leave Namche Bazaar on a trail with gradual ups and downs. On the way we are
likely to spot Himalayan pheasants, musk deer and Himalayan Thars. We then begin
descending to Kyanjuma. From Sansa, we follow the Gokyo trails and from Mong we get
a glimpse of Ama Dablam, Thamserku, Tawoche and Khumbila mountains. Our trail
descends to Dudhkoshi Khola after which it is an uphill climb through rhododendron
forests before reaching Phorse. From here we get good views of Tawache and Cholaste
mountains.
Overnight in Phorse. Lodge/Tea-House. (B, L, D)

After crossing a bridge over the Dudh Koshi River, we are likely to come face to face with
local wildlife like pheasants, mountain goats, and musk deer. Our trail passes through
forests, waterfalls and bridges before reaching Dole. We climb on a steady trail through a
scenic ridge with views of Cho Oyu, Kantega, and Thamserku mountains. We ascend
from Luza village and walk above the Dudh Koshi River. We continue walking through
small villages and sandy trails before reaching Machhermo. We can visit the Himalayan
Rescue Hospital for a lecture regarding altitude sickness, its precaution, and primary
treatment. Overnight in Machhermo. Lodge/Tea-House. (B, L, D)

We ascend on a hill and enjoy views of the Dudh Koshi valley and Kangtega, Thamserku
and Cho-Oyu mountains. Beyond the ridge the valley widens as the trail passes through
a Chorten and reaches Phangga. We descend to the river bank before climbing up to the
terminal moraine of the Ngozamba Glacier on a steep trail. We pass through Longpongo,
Raboche Tsho and Dudh Pokhari before reaching Gokyo. On the trail next to the first
lake, we see what is believed to be the footprints of a Lama (Buddhist priest). We explore
Dudh Pokhari before calling it a night.
Overnight in Gokyo. Lodge/Tea-House. (B, L, D)

We spend another day in Gokyo to acclimatize to the high altitude. If the weather is good,
we climb Gokyo Ri today. From the top of Gokyo Ri we approve of the Himalayan vista
and the tranquil Gokyo lakes. We also hike to the fourth and the fifth Gokyo lakes. The
4th lake is only about 3km north of Gokyo. It is marked by high cliffs and Himalayan
peaks rising above it. We continue to walking a little further and reach the 5th lake. A
climb up a nearby hill will guarantee us remarkable views of Cho-Oyu, Gyachung Kang,
Everest, Lhotse, Nuptse, and Makulu. We can see a lot more from here – the spot is
called Scoundrel’s Viewpoint. From the northern part of the 5th lake we see the Cho Oyu
base camp and Ngazumpa Glacier which is the biggest glacier the world. We walk back
to Gokyo to spend the night. Lodge/Tea-House. (B, L, D)

We descend on a trail along the Dudh Koshi River and pass the first Gokyo lakes. On the
way we also enjoy views of the Cholatse and Taboche peaks. Our trail descends before
climbing a hill. After reaching the chorten at the edge, we see great views of Thamserku,
Cho Oyu, and Kangtega mountains. We walk past Machhermo, Luza and Lhafarma
villages before reaching Dole.
Overnight in Dole. Lodge/Tea-House. (B, L, D)

We descend on a steep trail to Phortse Thanga admiring Rhododendrons, wildflowers
and waterfalls. We also come across mountain goats, musk deer, pheasants, etc. From
Mong, we can approve of a good view of Khumbila peak. On our way to Namche the view
of Taboche, Ama Dablam, Thamserku and Kangtega mountains are ours to admire. After
walking for a while, we reach an intersection where the trail from Sanasa meets our trail.
We walk on a trail that clings to a forested slope beyond Kyangjuma,.
Overnight in Khumjung. Lodge/Tea-House. (B, L, D)

We descend on a rocky trail and cross several suspension bridges before walking on a
leveled trail. The air is warmer as we walk on the same trail to reach Phakding. Our trek
in the mountain ends after we reach Lukla. We spend our time reminiscing about our time
spent in the mountain.
Overnight in Phakding. Lodge/Tea-House. (B, L, D)

Today we walk several Sherpa Village with the many mani wall till Lukla. Our trek in the
mountain ends after we reach Lukla. We spend our time reminiscing about our time spent
in the mountain.
Overnight in Lukla. Lodge/Tea-House. (B, L, D)

We fly back to Kathmandu on the earliest possible flight. After reaching Kathmandu we
have the rest of the day off to rest. In the evening, there will be a farewell dinner to enjoy
with our trek leader and a few Himalayan Glacier staff to mark the end of our trip in
Nepal. Overnight in Kathmandu. (B, D)

After breakfast transfer to airport for your homeward bound flight. 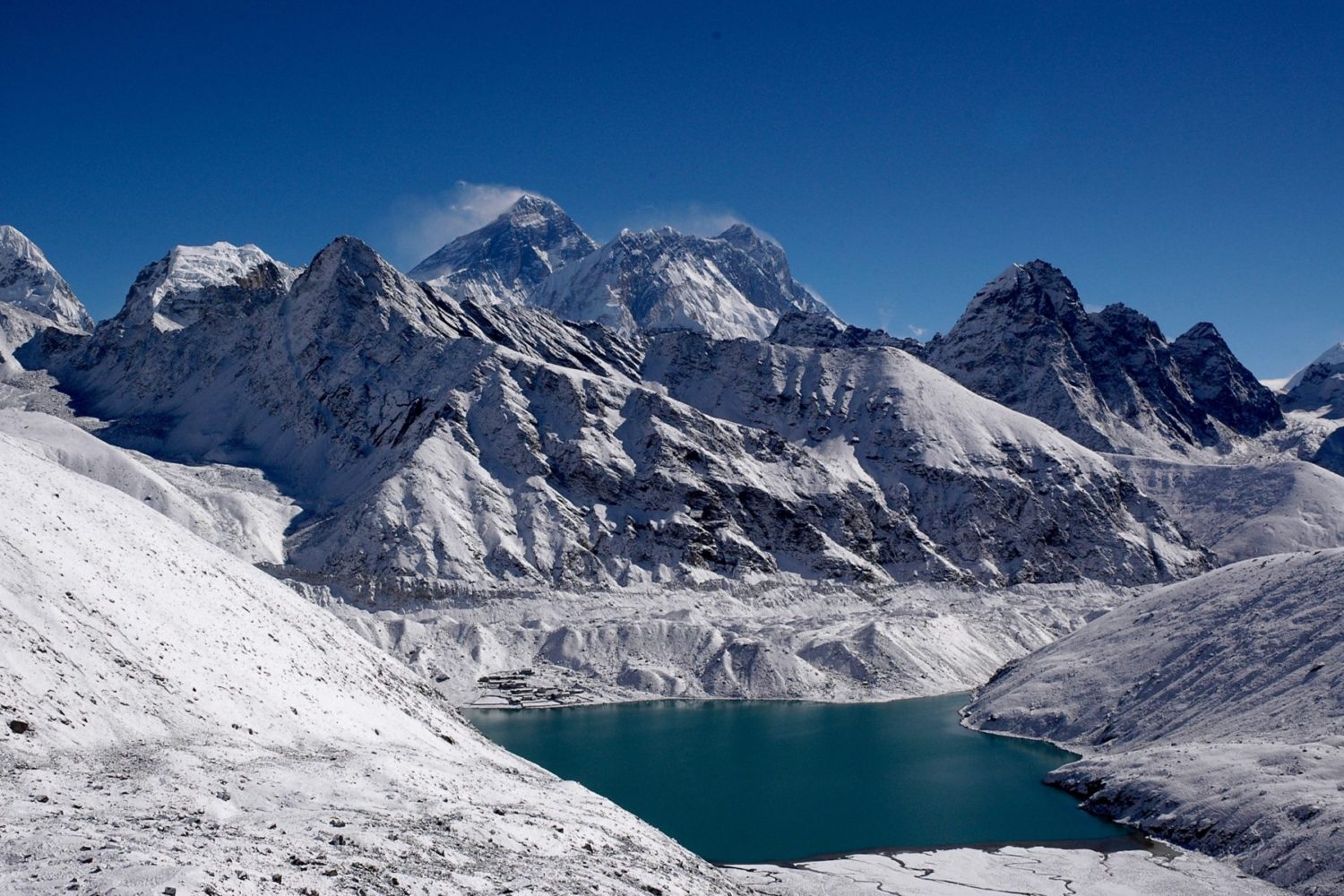 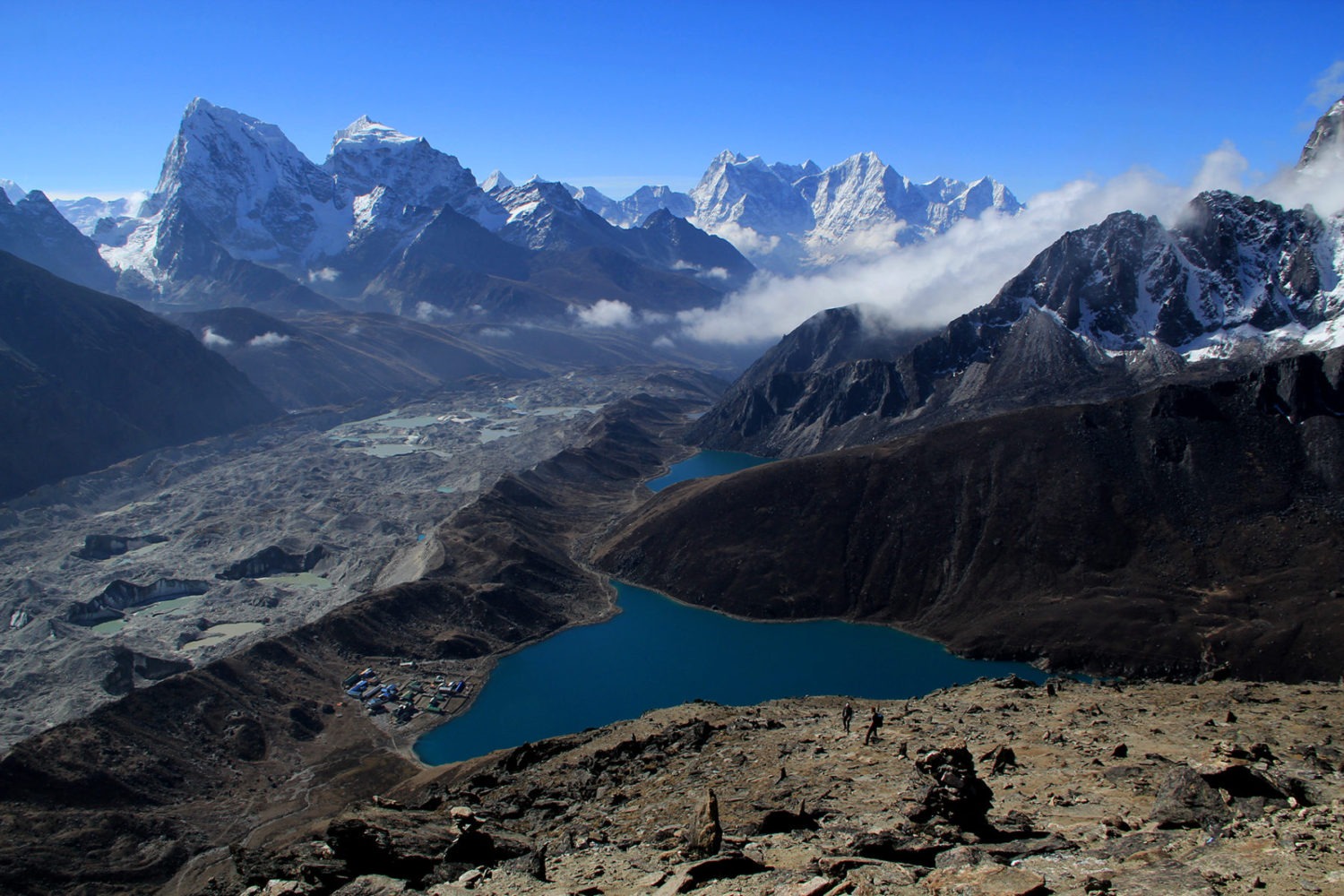 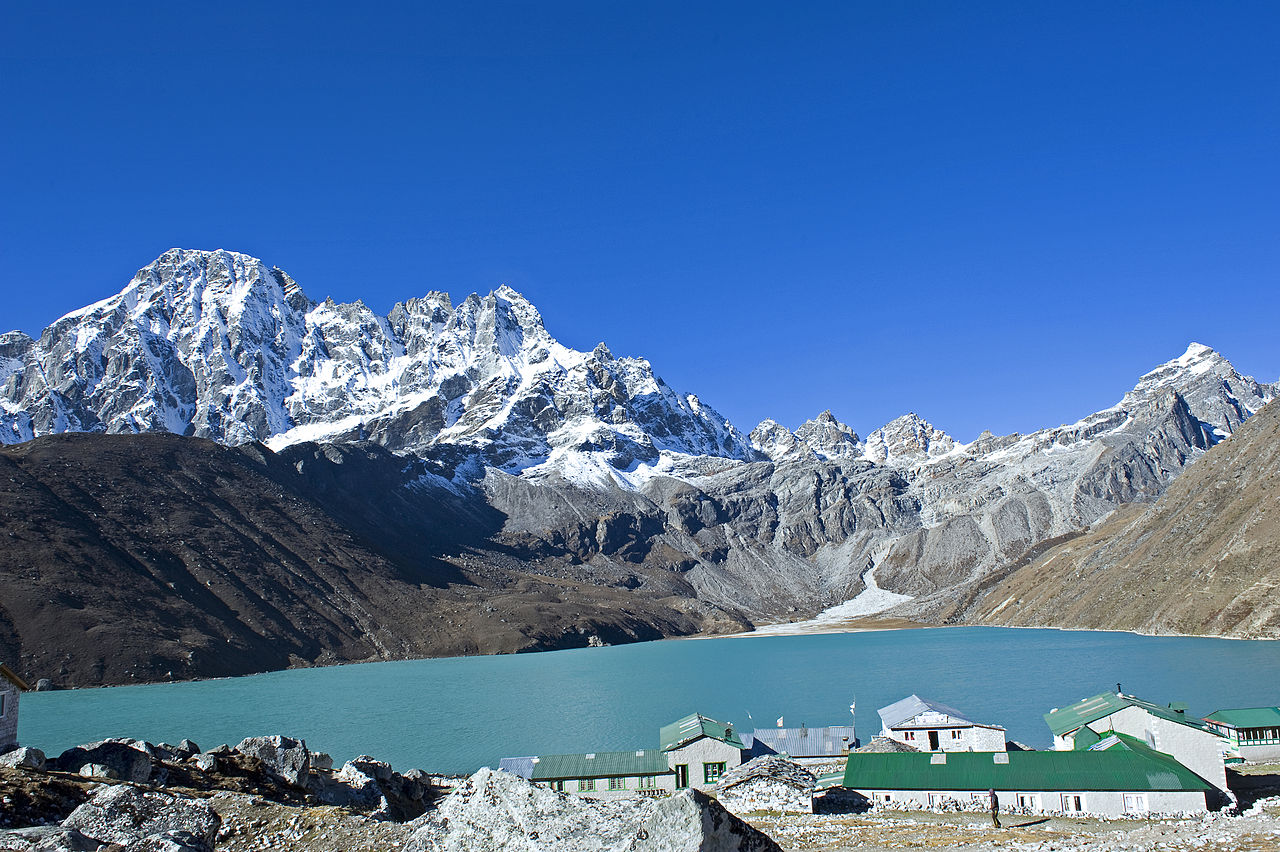